The Oddly Top 6 Most Expensive Flowers on Earth 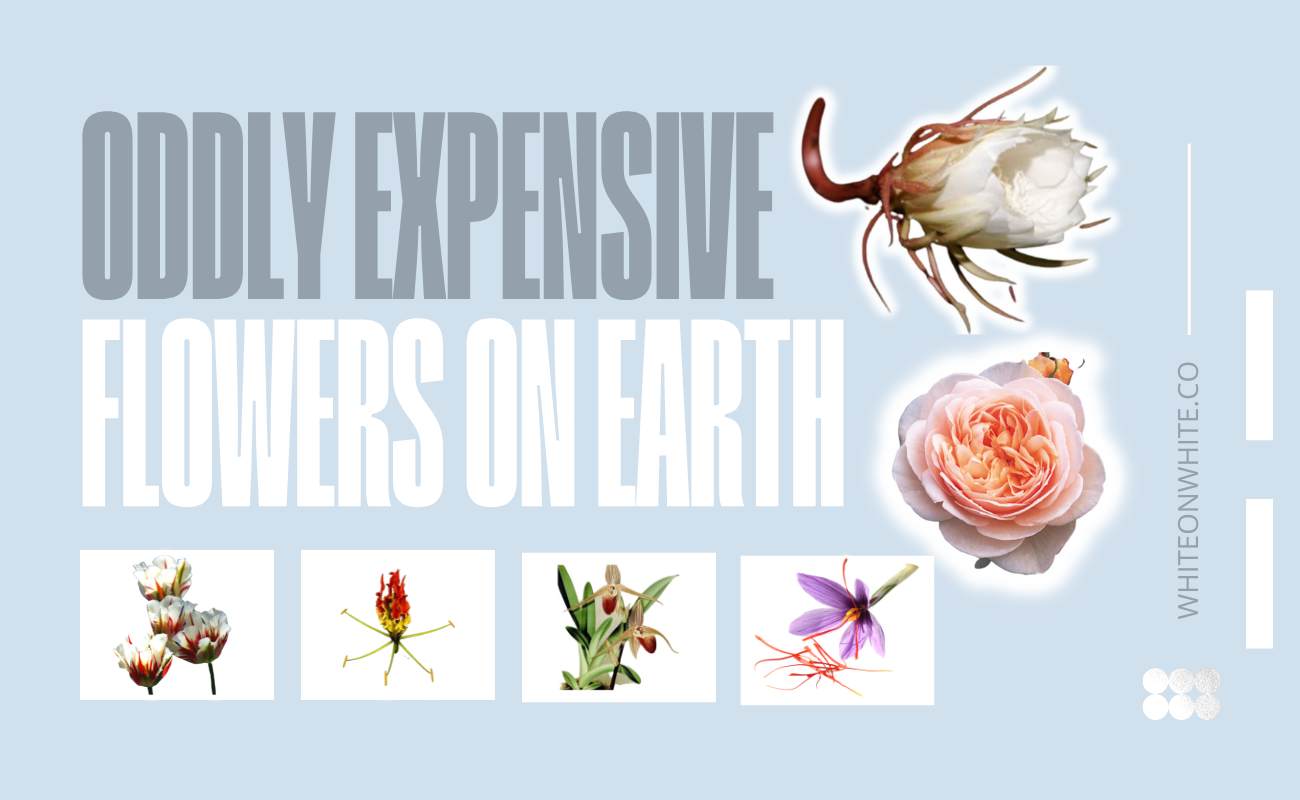 Which are the most expensive flowers on earth? How much money do you have to pay for a single bouquet?

You would probably have come across many types of exquisite yet expensive flowers that you saw on different social media platforms. Who disagrees that flowers are indeed expensive these days?

Do you want to find out more about the ultra-eye-opening flower price point that is insanely priced? Buckle up as you scan and read through the most expensive flowers dated in history!

Kadapul flower (famously known as the Queen of the Night) is stealing the title of the World’s Most Expensive Flower. It is noteworthy that Kadapul is the celebrity star plant in the film Crazy Rich Asians! Yes, go check out the flower-viewing scene in the movie.

I have been mulling over its value since no actual price has been stated on this exceptional flower.

This mystical Kadapul flower is short-lived, and the chances to see it blooms is narrowed down to only once a year, between July to October. Isn’t it unique and rare from the rest? This beauty is a soulful plant that only starts to blossom around 22:00.  It makes a majestic appearance and emanates a sweet fragrance when the clock strikes midnight.

Since it is visible for several hours only hence not many people can witness the flower blossoms. Just before the first sign of the full sunrise, the Kadapul flower withers, and one must wait for another year to get a glimpse of it. The flower petals are highly delicate, and a slight touch will cause damage to it. With a such short lifespan, the Kadapul has never made it to the store or online for sale.

Originally from Sri Lanka, the Kadupul flower is admired by many. It is a sacred plant with the ability to bring fortune and prosperity to the household. Those who get to watch the flower blossom on a magical night, it is a blessing to that person with a stroke of major luck and success coming its way.

Like to watch the Kadapul flower in time lapse mode? Tap here 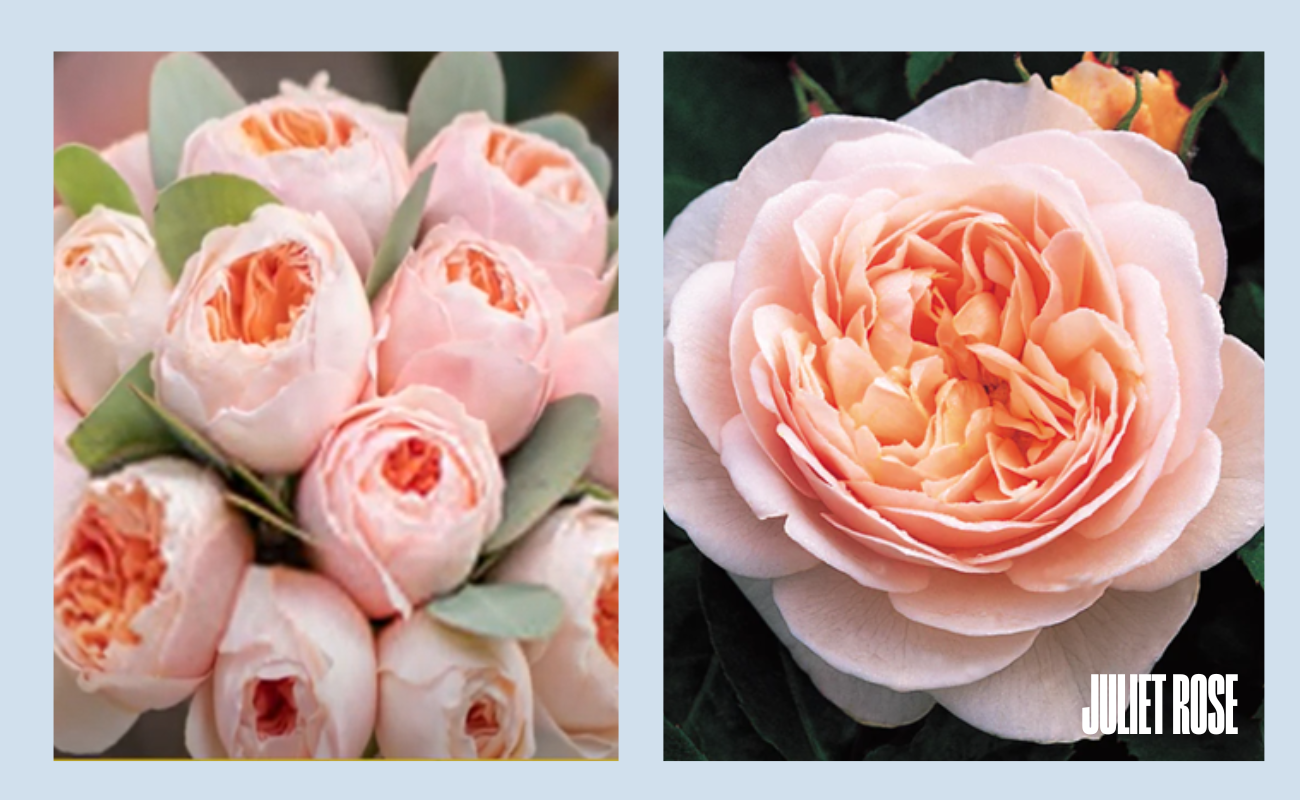 Who adores? It is an all-time signature of expression of love and admiration. Today, roses are the most desirable type of flower for a bridal bouquet.

Juliet Rose was a romantic human creation by Englishman David Austen in 1978. David named it after the play- Romeo & Juliet by William Shakespeare. The phenomenal rose took 15 years for the breeding experiment completion that cost him £5 million. This natural work of art was awe-inspiring when it debuted at the Chelsea Flower Show in 2006.

Would you like to know the price of Juliet Rose is sold at? £10 million in 2006 which is equivalent to RM 93 million in 2022. The price has slumped over time, but this rose is still often called the Billionaire Rose.

Find out more on PREMIUM ROSES. 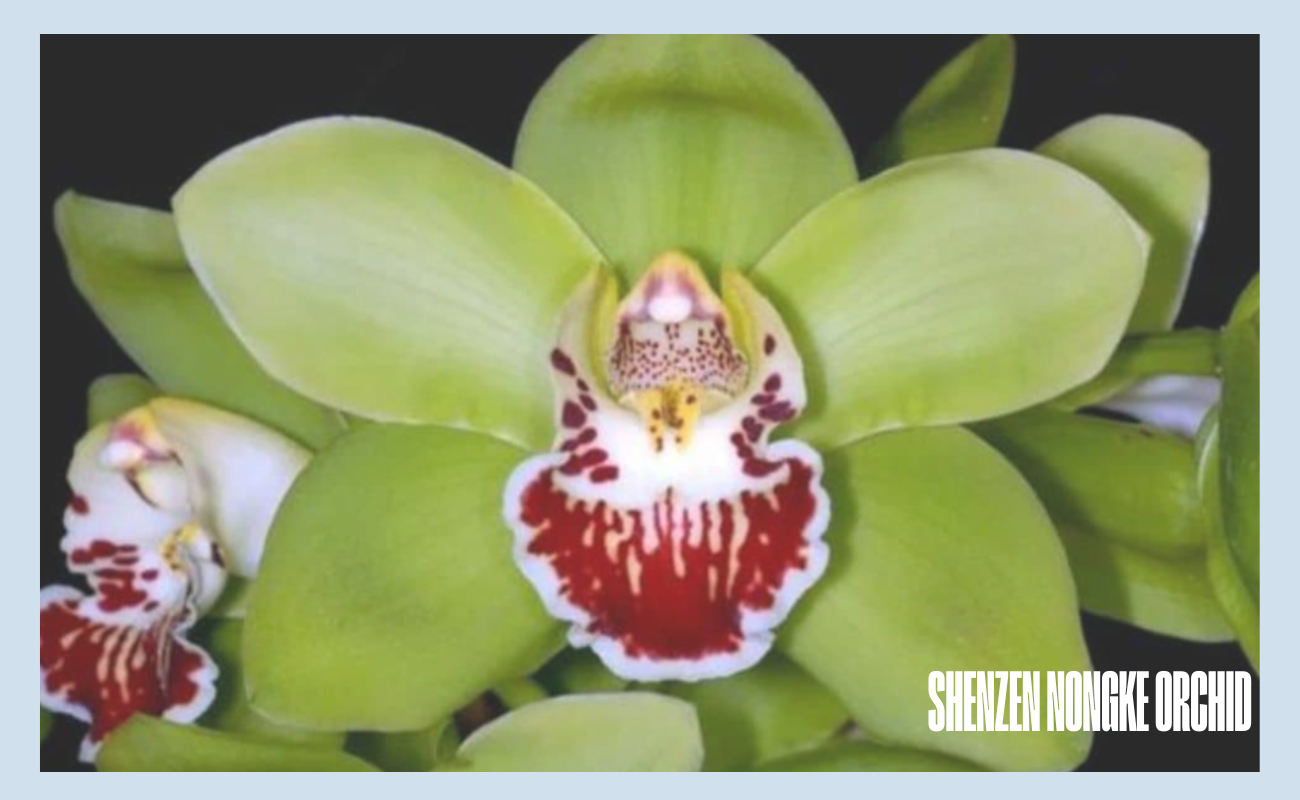 The year of 2005, an anonymous bidder paid a whopping USD200,000 for this first man-made orchid creation. It costs about USD303,950 today which is equivalent to RM1.4 million as of 2022). The highly priced orchid is a rare, one-of-a-kind cultivation, with a beautiful appearance and a delicate taste.

A group of agricultural scientists based in China has spent a solid eight years in the university lab cultivating this exotic bloom. Great creation takes time, right? What makes it more appealing is, the Shenzen Nongke orchid only unfurls between 4-5 years once.

Despite the years taken for the flower to blossom, it is unlikely to find this orchid on sale in the market. Flower and plant lovers who can afford such a high-end type of orchid will hold on to it as a symbol of wealth status. 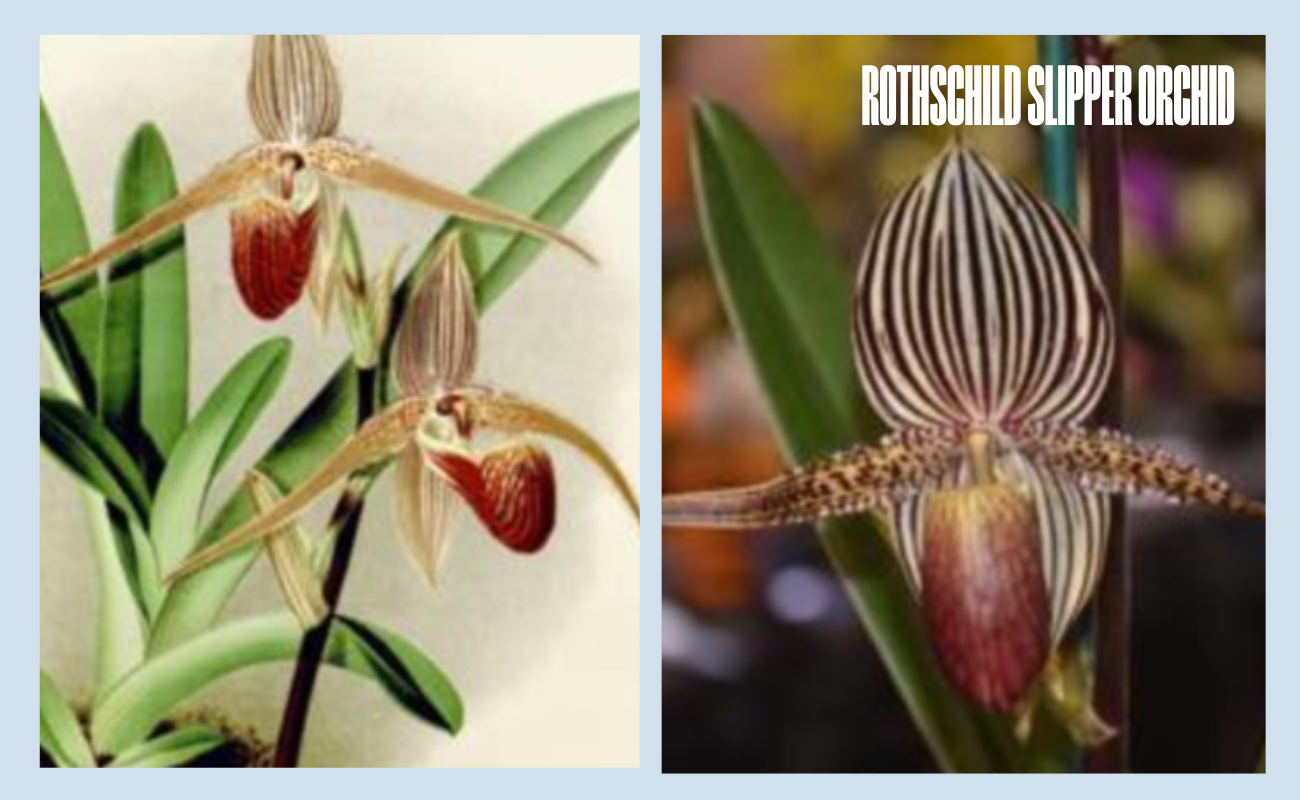 Here is another world-wide famous orchid and rarest on earth, also known as the Gold of Kinabalu Orchid. The local Malaysian calls it Sumazau Orchid.

Sometime in the late 1950s, the Gold of Kinabalu orchid is discovered by Rothschild (the wealthiest family in the world at that time) at the base of Mount Kinabalu. The Rothschild is well-known as attentive orchid collectors at that time. What makes it more magnificent is that this orchid requires 15 years to bloom, and one may obtained it at a retail price for €6,000.

There is plenty of amazing rothschildianums cultivation as today that are descended from this discovery. 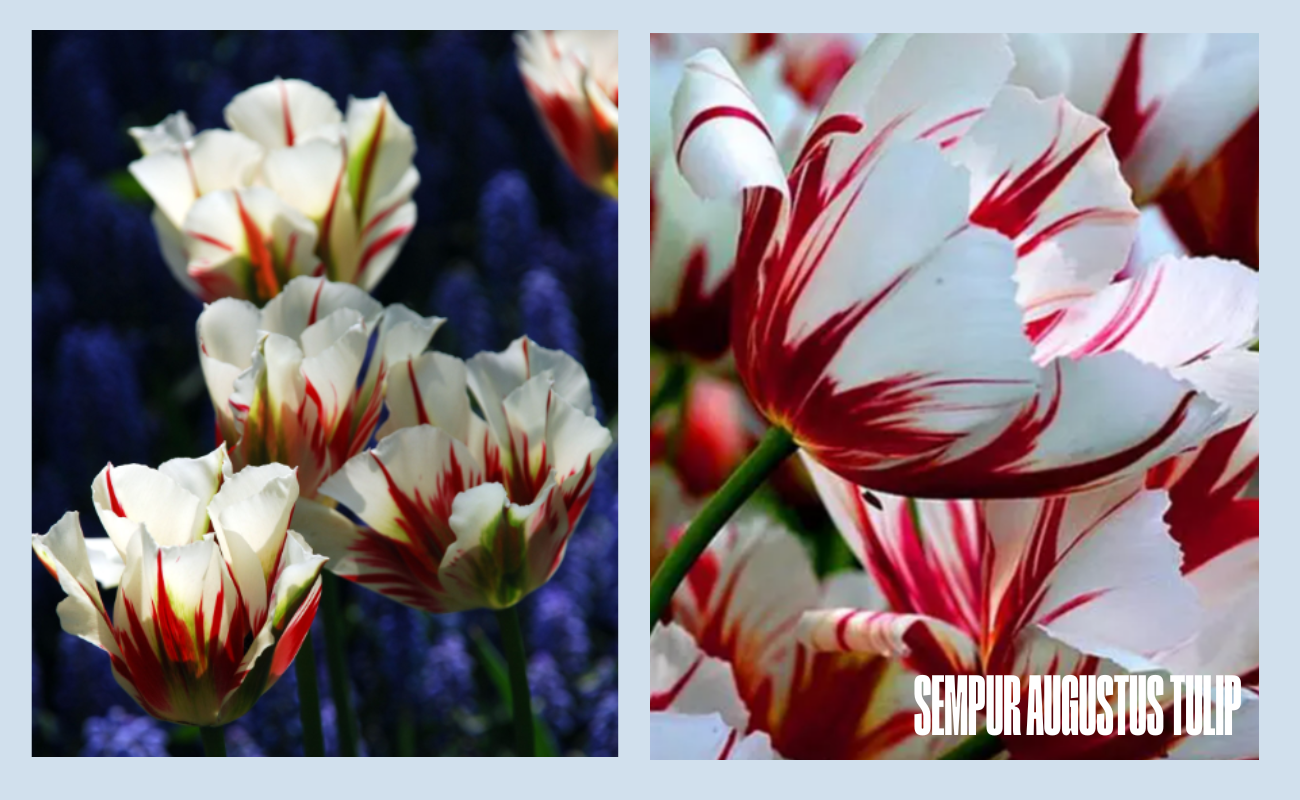 Sempur Augustus is a rare breed of flower in the 17th century, making it the costliest tulip ever for a hefty price of $5,700 per bulb. If we convert a dollar from the 1700s to year 2022, the inflation calculator shows the purchasing power to about $414,300 approximately. Let’s go further with converting USD to RM, shall we? The screen shows RM1,657,200 which is the value of a tulip bulb in ancient days.

This is an extraordinary tulip for its natural beauty of garnet flames vividly streaked on the white petals.

The buyers in the Netherlands were going berserk with tulip bulbs. This resulted in the very first speculative market, and it crashes subsequently. That outrageous price is like the Bitcoin craze in 2017. We have the full article about Tulips here. 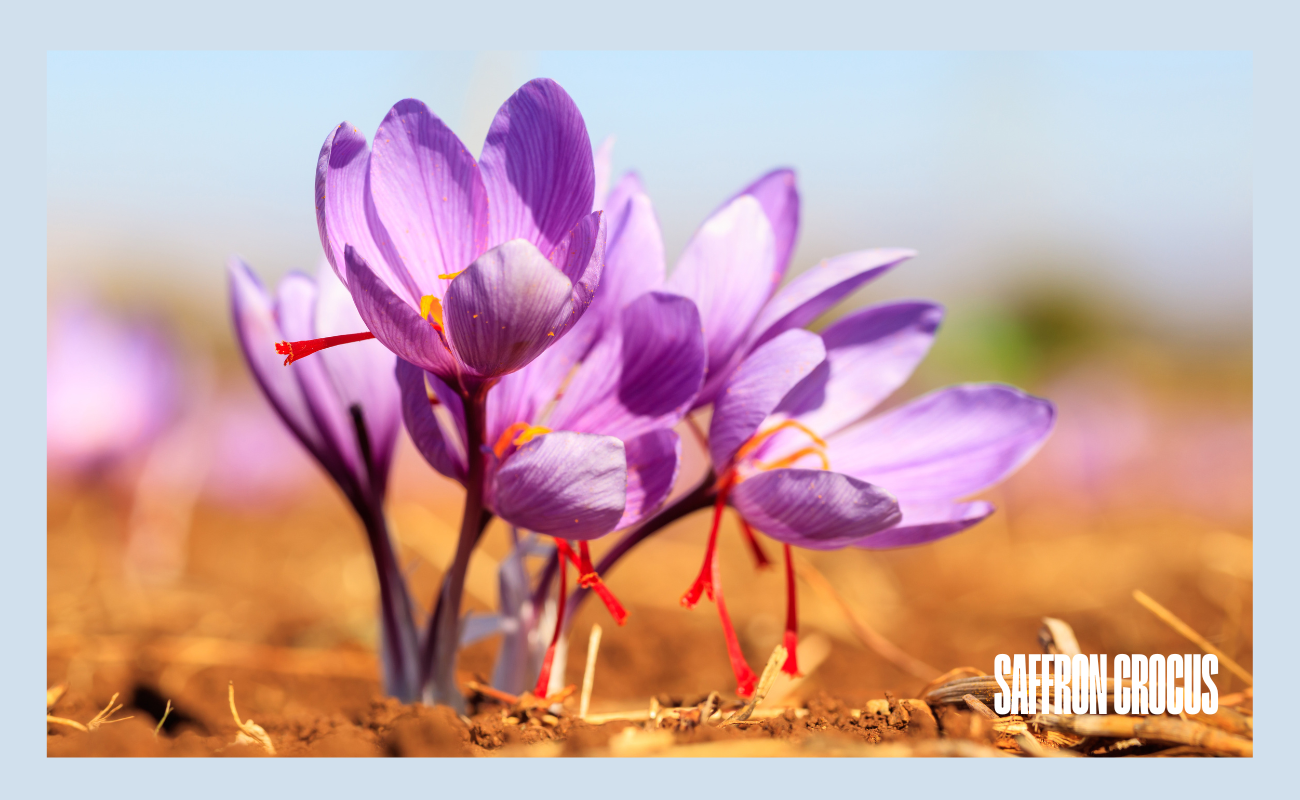 The Saffron Crocus flower ranked fifth as one of the most oddly expensive flowers in the world. It has an intense and earthy aroma, most notable for its yellow or orange stigmas which produce saffron spice.

This rare beauty costs an eye-watering $10,000 per kilogram. To make a gram of saffron spice, you need over 150 flowers. A total of 150,000 flowers may produce a kilogram worth of high-quality spices with 40 hours of hard manual labour.

What makes it so expensive results from the harvest of the flower which requires hand-picked labour. Each flower may only produce 0.006 grams from the 3 stigmas each. The highest grade of saffron and most expensive ones is generally made up just from the tips of the stigma.

There are plenty of health benefits of Saffron flower stigmas such as anti-inflammation, antioxidants, and anti-depressant. Read more ......

I think you must be stunned by the beauty of those flowers above and shocked by those price tags.

Exquisite roses, stunning carnations, and beautiful lilies!  At, White On White, we provide only the creamiest solutions from our selection of these flowers. Come by and check us out sometime. We will be here wafting in amazingness, all week.